Having finally gotten together with Miharu, Ushio leads a healthy daily sex life. That comes to an end one day when Miharu takes a bad fall on the way to school and is hospitalised.

Together with Miharu’s sister, Futaba, Ushio keeps vigil at the hospital until Miharu finally awakens. However, she does so without any memory of Ushio! Not only that, she is no longer the cheerful and positive Miharu that Ushio is familiar with. Instead, this Miharu is dour and moody. Futaba reveals that this was the Miharu of the past, before she met Ushio.

While Ushio was worrying about what to do, he becomes aware of Futaba’s heavy breathing, flushed cheeks, and the lust in her upturned eyes. Despite his worry about Miharu, his will crumbles before Futaba’s seduction. 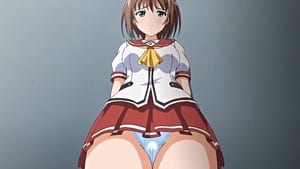